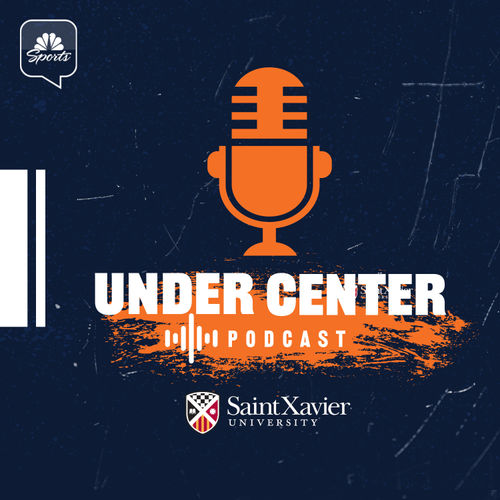 The Under Center Podcast breaks down everything surrounding the Chicago Bears and the NFL, with informative and entertaining discussions from Kenneth Davis, Adam Hoge, Eric Strobel, and Alex Shapiro. New episodes release every Monday, Wednesday, and Friday throughout the season. BEAR DOWN!

Now that most of the off the field distractions have leveled off some, lets preview Bears and Cards. Ken Davis, Eric Strobel, and Alex Shapiro discuss the NFC North defensive player of the month in Robert Quinn and what does his resurgence this year means for the Bears. Later on, the guys preview a tough matchup with a potential Super Bowl contender as the Cards look like...

Suddenly the off the field things are more important than the next game. The news about Matt Nagy was definitely a distraction but what parts are true and what parts are false? Ken Davis, Eric Strobel, and Adam Hoge discuss the media side of things and discuss what's going on in the Bears organization and if real changes are going to be made in the future....

Are the Bears' issues bigger than Matt Nagy and Ryan Pace?

After the Bears beat the Lions (barely) on Thanksgiving, did it feel empty to you? Like just scrapping by Detroit wasn't enough? Well Bears fans it's time to have a real discussion about our football team. Ken Davis, Eric Strobel, Alex Shapiro, and Tony Gill have a real inside look at the Bears franchise and if they have served the fanbase well. The crew debates the st...

Matt Nagy was insured by Bears ownership that he would not be fired today and Nagy justified that decision by putting up 16 points on the worst team in the NFL. GO BEARS! Ken Davis, Eric Strobel, and Alex Shapiro break down the Thanksgiving matchup and if it gives Nagy some room or if his fate is inevitable. The guys also discuss what does the rest of the season looks l...

Is Matt Nagy going to be fired after the Lions game?

In some recent speculation and reporting, Matt Nagy is seemingly on his way out as Bears head coach. Is there validity to these rumors and if so, will he actually be gone after the matchup against the Lions? Ken Davis, Adam Hoge, and Eric Strobel discuss and breakdown everything involving Matt Nagy including if the rumors are true, are their players that want him gone, an...

Bears vs Ravens postgame recap: Bears blew this game to the backup QB

The Bears. Oh, the Bears why do you hurt us so? In one of the weirdest and gut-wrenching fashions, the Bears lose to the Lamar Jackson-less Ravens 16-13 in Soldier Field. Ken Davis, Eric Strobel, and Alex Shapiro break down the entire game and Matt Nagy's coaching in an hour long venting episode. Later in the podcast, podcast producer Tony Gill joins the pod to debate i...

With rookie lineman Teven Jenkins working his way back into the lineup after missing the majority of the season so far, how will the Bears bring him back in the rotation? How will that impact Justin Fields? Who better to know than former offensive lineman and Football Aftershow analyst Olin Kreutz joins Ken Davis and Eric Strobel to break down the impact adding Teven Jenki...

Teven Jenkins returns from injury, how should fans evaluate the rest of the season

Bears rookie Teven Jenkins returns to practice as the second half of the season is set to begin. The entire Under Center crew of Ken Davis, Adam Hoge, Eric Strobel, and Alex Shapiro discuss Jenkins' return to the Bears and what are the expectations for him and they discuss the second half of the season and the worst and best case scenarios for the Bears. Later on, the cr...

The bye is over and the Bears look to prepare for the Baltimore Ravens. The crew of Ken Davis and Alex Shapiro discuss the thing that almost was, as Odell Beckham Jr. was considering joining Aaron Rodgers and Davante Adams in Green Bay , they debate the almost $6,000 fine the NFL gave Bears linebacker Cassius Marsh for taunting, and they hand out position grades for the Be...

Breaking down the first half of the season for the Bears

Half-time folks! The Bears are now 3-6 and the halfway mark for their season and sit 3rd in the NFC North. It is review time and the entire Under Center team is here to give a complete breakdown during the bye week. Ken Davis, Adam Hoge, Alex Shapiro, and Eric Strobel discuss the entire Bears organization including the coaching staff's development so far, the offense and... 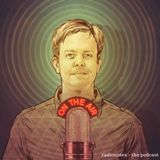 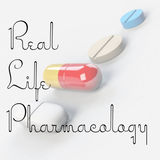 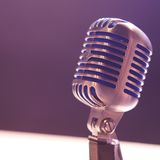 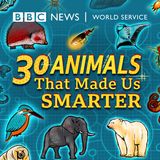 30 Animals That Made Us Smarter
BBC World Service