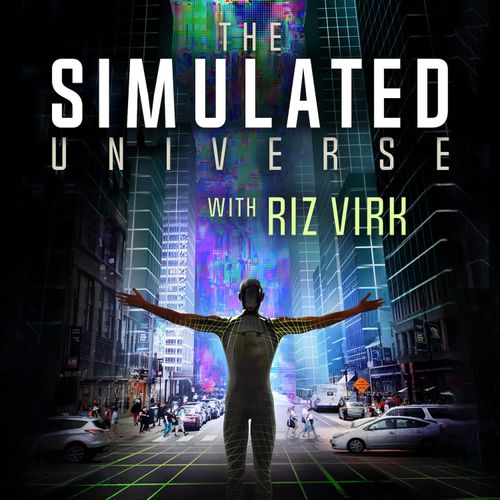 The Simulated Universe with Riz Virk

NFTs in the Metaverse with Avery Akkineni of VaynerNFT

Riz talks to Avery Akkineni, President of VaynerNFT, the business unit for marketing and strategy set up by marketing guru Gary Vaynerchek. They talk about the past, present, and future of NFTs and how NFTs relate to the metaverse.  What should you think about when creating NFTs? How about for buying NFTs? Will NFTs fade in time or will they cross into the mainstream. Foll...

In this fun science fiction themed episode, Riz talked with David Guy Levy, the director/producer/writer of the 2019 hit indie sci fi film, The Mandela Effect.  They also talk about some of the challenges that indie film makers face in getting their movies out, and what led to the success of thsi film....

AI and Virtual Characters in the Metaverse with Laure and Kuki

Riz talks with Lauren Kunze, the CEO of Iconiq and Pandorabots, creators of Kuki,  one of the first virtual characters that live in the metaverse.  Lauren describes Kuki as "embodied AI" - because she has an avatar that you can see in emerging metaverses. At the end of the episode, Riz speaks with Kuki.  You can speak to her yourself at kuki.ai, who had opinions on everyth...

Avatars Across The Metaverse with Timmu Toke

In this episode, Riz dives deep into the idea of cross-game avatars, or representing digital identities in an emerging metaverse, with Timmu Toke, CEO of Wolfd3d and Ready Player Me, which can be used to quickly generate an avatar from your picture that can be used in VR, AR and is utilized by hundreds of game developers.  You can try it out and create your own Dune-themed...

Enter the Metaverse with Jon Radoff

In the fist episode of the second season, Riz tackles different aspects of the emerging shared virtual space that everyone is talking about: the Metaverse. Riz talks with Jon Radoff, CEO of Beamable, which is creating a live services platform for game makers, and author of the Building the Metaverse blog.   They discuss how the metaverse idea moved from science fiction to ...

The Case Against Reality with Donald Hoffman

Apr 5 • 01:07:43
Join Riz as he talks with Donald Hoffman, professor emeritus at University of California-Irvine,and the  author of The Case Against Reality:Why Evolution Hid the Truth From Our Eyes.  They discuss his idea of conscious agents, why spacetime is dead, why reality is like being in a virtual headset, and why all three of the fundamental theories our scientists subscribe to - g...

A Glitch in the Matrix with Rodney Ascher

Feb 19 • 01:14:54
In this episode, Riz talks with Joe Artuso, Director  of Marketing at OpenBCI, about the state of the industry when it comes to interfacing computers with your brain.  Riz asks Joe about OpenBCI's initiatives to get an open source low cost headset out to the market, and talks about how far away we are from sci fi BCIs, exploring scenarios ranging from the Matrix to Total R...

Join Riz for a lively conversation with Tom Campbell author of My Big TOE, and one of the earlier proponents of simulation theory.  Tom's work is unique because not only is he a physicist by training, but he brings experience with different aspects of consciousness, including OBE's, Remote Viewing, and is one of the few to provide a Theory of Everything (TOE) that really c...

Riz talks to Adam Curry, former researcher at Princeton's PEAR lab and founder of Entangled, about the intersection of quantum mechanics, consciousness, and how it might be creating a consensus reality.  We talk about his experience in building QRNGs (quantum random number generators), possible explanations for synchronicity, the nature of the past and the future, and how ... 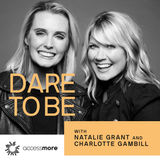 Dare To Be
AccessMore 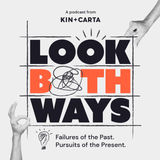 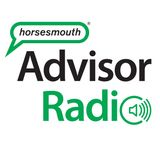 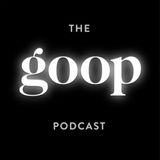